The new CD “DREI” is the third release of Subsystem after “UNTERHOLZ” and “SCHNEEKÖNIG”. Moreover, the music of this album is completely in the sign of the three:
The two musicians steer towards the number three from different directions and musical cultures. They use the 3/4 time and the three as a rhythmic building block in different contexts to create starting points for their compositions and improvisations: Almut Schlichting combines French waltz elegance and polyrhythmic songwriting around 2 and 3 with rough-danceable, West African-inspired 12/8 basslines; Sven Hinse works with the vals peruano and carnivalesque triple rhythms from Peru. In some pieces a loop sampler is used as a third virtual co-musician.

SUBSYSTEM are low tone specialists from the creative underbrush of the Berlin jazz scene. Combining esprit and virtuosity, the two musicians explore the possibilities of baritone saxophone and double bass. The low sounds of the big instruments are rarely heard individually in most musical contexts. In this duo setting they have plenty of space to unfold. Rooted in contemporary jazz, the music branches out on SUBSYSTEMS first CD „Unterholz“ („Underbrush“), veering toward Viennese coffee house, program music, impressionism and folklore. Grown for years in various bands, the organic teamwork of Hinse and Schlichting animates their music with familiarity and spontaneity.

SUBSYSTEM is not only a congenially designed habitat of low sounds: improvisational surprises are always possible. 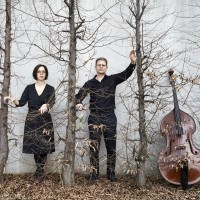 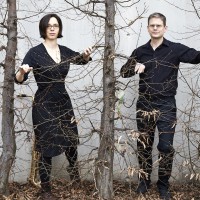